We finally found a way for all of you to be able to see the photos that we are posting on Instagram…they are amazing “in the moment” shots.  Check them out at: http://www.pingram.me/nlpcmissionteam///

First off, we want to apologize for our lack of posts the last two days…the internet connection has been sporadic at best, and we’ve been busier than expected- here’s why:

On Monday morning when we had around 6 children at VBS, we were feeling that maybe we were brought to Roswell to do more than the typical Bible school program. We decided to take God up on his offer and follow Him into the neighborhood, but we never expected the whirlwind of blessings that came our way.

Sue, Terri, and Adam went to The Boys and Girls Club of Roswell to see if we could take VBS to them, while the rest of us ran our usual VBS program that morning. The director of the Club was eager to have the children join us at the church, rather than have us bring VBS there – the Club doesn’t have the money for field trips, and the children haven’t been out of those four walls all summer. We prepared for Tuesday expected the 24 children she thought would come, but we forgot to factor in Jesus…Rich, Jeff, and Sue ended up running at least a two-loop shuttle service with three vehicles to transport more than 60 excited children to our VBS. We considered renting two more 15-passenger vans…thanks to God that we had to money to do so if we needed to.

It was a CRAZY, beautiful morning with close to 70 children running through this church building, singing, laughing, and feeling God’s love through us – and giving it back tenfold. Their stories broke our hearts, and we received energy that we didn’t know we possessed to take them on a field trip to The Bottomless Lakes on Tuesday afternoon. With most of our staff, and a few staff members from the Club, we took close to 60 children on their first field trip. We had fears about taking that many children swimming, but knew we HAD to do it…there was no turning back….there was no place we would have rather been. It was an afternoon that none of us will ever forget! We got to spend some real quality time with children who were starving for attention…many had never been to the Bottomless Lakes before.

Adam and I left about 45 minutes before the rest of the group to head to McDonald’s to buy burgers for the kids. The look on the cashier’s face when we ordered 120 McDoubles was priceless! When they heard what we were doing and why, the manager called over extra staff and they had our order prepared, packaged, and carried out to Adam’s truck in less than 15 minutes! When the children arrived back at the Boys and Girls Club, we started handing out burgers. They couldn’t believe they were allowed to have more than one each- many had half of a burger down before they had walked away from Adam’s truck.

There is so much more to say about the past two days we’ve spent with these amazing children who have touched our hearts in ways we never anticipated, but we just don’t have the words. There are times when words just don’t do justice to an experience…and this is one of those times. They have made us laugh, they have made us cry, and they have lodged themselves into our hearts forever. If there was ever a perfect mission trip experience – taking God up on His offer to partner with Him – for us, this was it. We took a leap of faith – and we will NEVER be the same again!

We finally got connected to the internet late this evening.  It’s been a busy couple of days.  The bus arrived around 10 AM yesterday, and all of the flyers arrived around 2 AM this morning.  We had two worship services today, VBS setup, an amazing Filipino potluck with Alex’s family, the Adult Bible Study this evening, and finishing up the VBS setup.  We’re all exhausted (except Trinity who never loses steam)!  Here are some bus photos from yesterday that we didn’t have a chance to post yet: 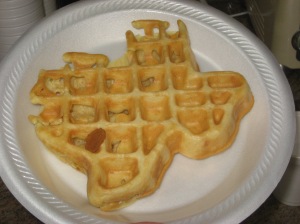 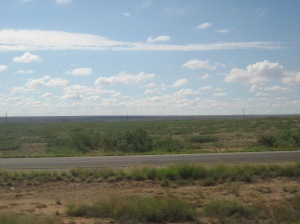 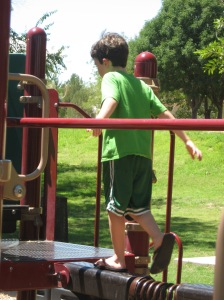 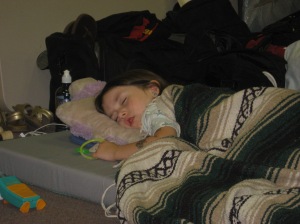 It took us about 15 hours of driving, fuel stops, and rest stops, but we made it to Amarillo, TX by 10 PM Central time.  It was another great day of travel with some silliness thrown in at the end as we all got a little stir-crazy in the bus.  We’re heading out at 6 AM again tomorrow so that we can stop at the New Mexico Welcome Center for Nate and Jake to see the woolly mammoth tooth on display on our way to Roswell, then Artesia.  I think we’re all pretty happy it is a short travel day! 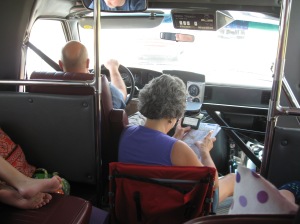 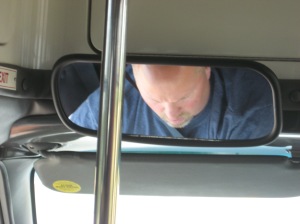 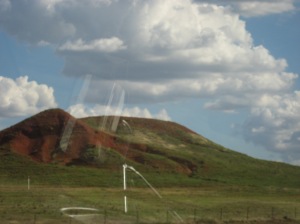 Our bus pulled into the hotel in Mehlville, MO at around 8:30 PM after a short stop for supper.  It was a smooth uneventful trip with A/C and sunny skies the whole way.  The Thompson kids provided lots of laughs the entire way (and FYI for long trips Window Markers are a huge hit!)  We’re hitting the road early again tomorrow morning, and will try to post again once we get to the hotel in Oklahoma. 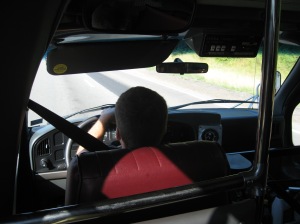 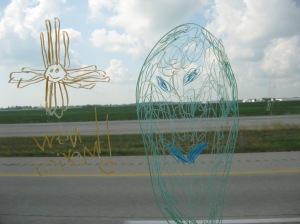